Taking on the role of Office Assistant is more than just a job for  Michaela Roberts (Ngāti Whakaue, Tūhourangi, Te Whānau ā Apanui) – it’s a connection to her whānau and whakapapa.

Following in the footsteps of her grandfather Ron Roberts, a former Chairman at Te Arawa Fisheries, Michaela didn’t actually realise the family connection until whānau members told her when starting the role.

“Knowing I am now part of an organisation where my grandfather played such a big role is an incredibly special connection.

“I previously worked in tourism but following the impact of COVID-19 on the industry I was drawn to Te Arawa Fisheries, keen to learn different skills in a different industry.

“It’s been an interesting transition from tourism to a more corporate job and I’m really looking forward to adding my contribution to Te Arawa Fisheries.”

How does one go from Olympic weightlift training to Operations Assistant?

For Te Arawa Mahi’s latest recruit, Nicole Pakau (Te Āti Haunui a Pāpārangi, Ngāti Kurawhatia, Ngāti Tuwharetoa, Ngāti Hikairo Ki Tongariro), it was a combination of being a people person and wanting to build more opportunities for whānau in the region.

“I only recently returned to the Bay of Plenty when I bumped into Richie Ngatai, (Te Arawa Mahi Manager) and fell into the role.”

“Building the Te Arawa Mahi team up is signalling to our community that we want to become bigger and better; we want to help more people into employment and create more opportunities for our people.

“Te Arawa Mahi is also looking to branch out into new industries, we’re keen to see how far we can take this. Richie is the visionary and I am the one who will make it happen.”

Outside work, you will find Nicole at the gym, where she continues to work at her passion – Olympic weightlifting – or rugged up with a good fantasy book. 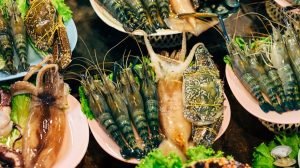 Bay Packers is recruiting for a new General Manager to take the reins in a full-time position, effectively and efficiently leading, managing and organising the 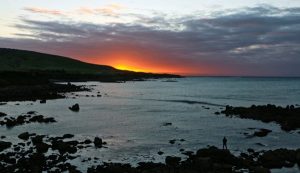 Do you want to help deliver the Government’s aquaculture strategy while also making a positive difference for Māori, communities, and our natural environment? The Ministry for Primary

STAY UP TO DATE!